Why I Won't Be Taking the ALS Ice Bucket Challenge 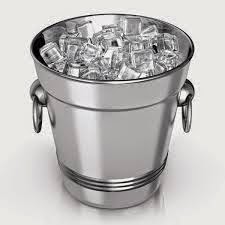 If you are reading this blog, you have been on the Internet long enough to know about the ALS Ice Bucket Challenge - where people dump cold water over their heads, challenge three friends to do the same, and donate to the ALS Association.  While I may accept a challenge, I won't donate to ALSA.

Amyotrophic lateral sclerosis (ALS), otherwise known as Lou Gehrig's disease, is a progressive degenerative neuromuscular disease that results in death.  We need to find a cure and the phenomena of the Ice Bucket Challenge has been nothing short of amazing in raising awareness and funding for research.  I don't have a problem with that.  What I cannot support, however, is research that involves the use of embryonic stem cells - those are stem cells from aborted babies or embryos artificially created (in vitro).

Abortion is wrong - it is the killing of an innocent life.  Period.  On the other side of the spectrum, humans are creating life in vitro, probably with the goal of becoming parents.  The problem with the in vitro process is the dilemma of the "extra" ones - whether they are selectively aborted after implantation or discarded because they are not used.  In both cases the child's fundamental right to life is discounted.  By using embryonic stem cells for research, we compound the ethical challenges.  We cannot play God.

It is not ethical to use a human being as a product.  Selling organs is unethical (and illegal in the United States).  Donating blood or an organ to save the life of another is great as long as we all (including the donor) respect the donor's life.  People can't donate their hearts while they are still in use.  When we challenge a person's right to life by accepting that his parts might be more important than his life, we have reached new levels of societal collapse.  We are one small step away from marketing embryos explicitly created for medical research, selectively choosing whose life is expendable for parts (the mentally ill, disabled or elderly) or allowing someone to commit suicide because he is more valuable dead than alive.  The means don't justify the ends no matter how promising medical research or transplantation is.

So, what's an ALS Ice Bucket Challenged person to do?  Donate to a charity that supports ethical medical research.  I will donate (with or without the bucket of ice water) to the John Paul II Medical Research Institute in Iowa.  They focus on ethical ways to use adult stem cells and cancer cells for research on a number of diseases, including ALS.  They also use more than half of their budget on the actual research.

Let's also pray for an end to all debilitating and life ending diseases.

cc
Posted by Pretty Home Threads at 9:01 AM No comments:

Kids Got You Down? I've Got a Saint for You!

Today would have been my mother's 85th birthday.  She shares this day with St. Monica, a saint she definitely admired.  You see, St. Monica is the patron saint of mothers.  (No, not the mother of all patron saints!) 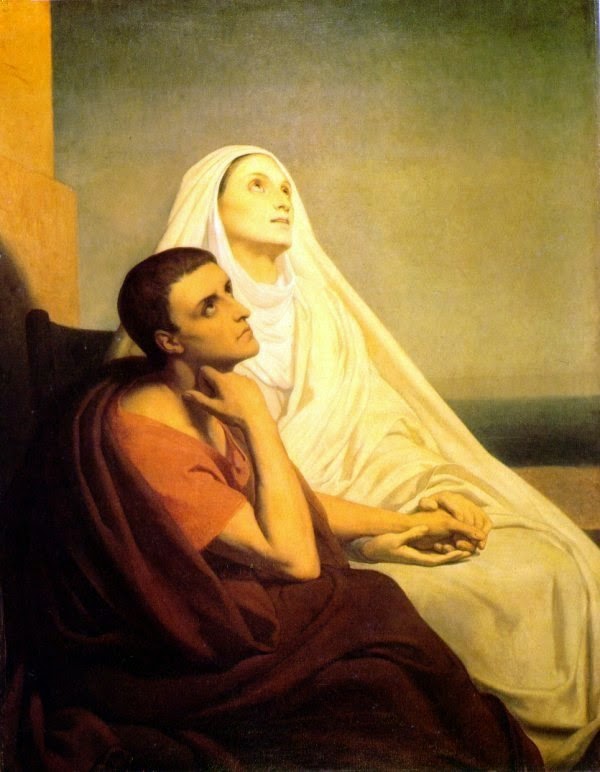 She lived in the 3rd Century and married a man who wasn't exactly the nicest guy.  He didn't beat her, but he was loud and mean and a womanizer.  What was her response to the verbal and psychological abuse?  She prayed.  Yep, that's it.  She prayed and he converted.  Her cranky mother-in-law was converted too!

Monica also had three children.  Her oldest son was a brilliant thinker, but a pagan with a bad temper and a wandering eye just like his father.  He lived with a mistress and fathered a child out of wedlock.  Monica and her tears followed him from Africa through Italy, much to his chagrin.  More important than her tears and her tailing him was her prayers.  She constantly prayed for her son and his conversion.  Finally, he relented, converted and was baptized.

Her son was St. Augustine of Hippo, one of most greatest thinkers and theologians of the Church.

Her life wasn't easy and her patience was sorely tested during all those years of praying without an answer, but she persevered.  She is a model for mothers.  You don't need "bad" kids to know that being a good mother always involves patience, doggedness and prayer.

St. Monica, pray for us.

cc
Posted by Pretty Home Threads at 9:28 PM No comments:

I have been thinking about this topic for a long time, but have struggled to find the right words to describe it. The final impetus came with the suicide of a certain famous actor.  The circumstances are truly tragic:  a well-loved personality seemingly so full of life suffering from a deep depression and the early stages of a chronic debilitating disease.  How is it possible to find good from this?

I'm not addressing the issue of why God "allows" the existence of suffering and sadness.  Books have been written on this topic and my short explanations would seem trite.  However, God has a way of bringing good from sorrow, suffering and evil.  But how?

Human beings are naturally positive beings and we find value in courage and perseverance.  Fortitude is a gift of the Holy Spirit, who brings beauty from ashes.  Isaiah 6:13.  "The world we live in often seems very far from the one promised us by faith.  Our experiences of evil and suffering, injustice, and death, seem to contradict the Good News; they can shake our faith and become a temptation against it."  Catechism of the Catholic Church, paragraph 164.  When faced with pain, we must look to the witnesses of faith.  Salvation history is a series of people who suffered and persevered; these are the people we look to as examples.  They let God shine through their pain to impact the world in ways we could never imagine.  We can have the same impact when we persevere through suffering and sorrow.

No one wishes to suffer.  Even Christ begged the Father to avoid suffering:  "My Father, if it is possible, let this cup pass from me; yet, not as I will, but as you will."  Matthew 26:39.  (Certainly Jesus knew what was coming, but perhaps He said that to show us His human nature.)  Would we appreciate the gift of the Incarnation if He had not suffered and died?  Can you measure the good that has come to the world from Christianity?

Good is already beginning to shine through the untimely celebrity death I mentioned at the beginning.  Awareness of the impacts of depression, an understanding of the causes of suicide and the impacts of Parkinson's disease are just a few good things that are emerging.  Who knows how many lives will be transformed (or saved) as a result of this heartbreaking death?

God's will be done.

Posted by Pretty Home Threads at 11:40 AM No comments: